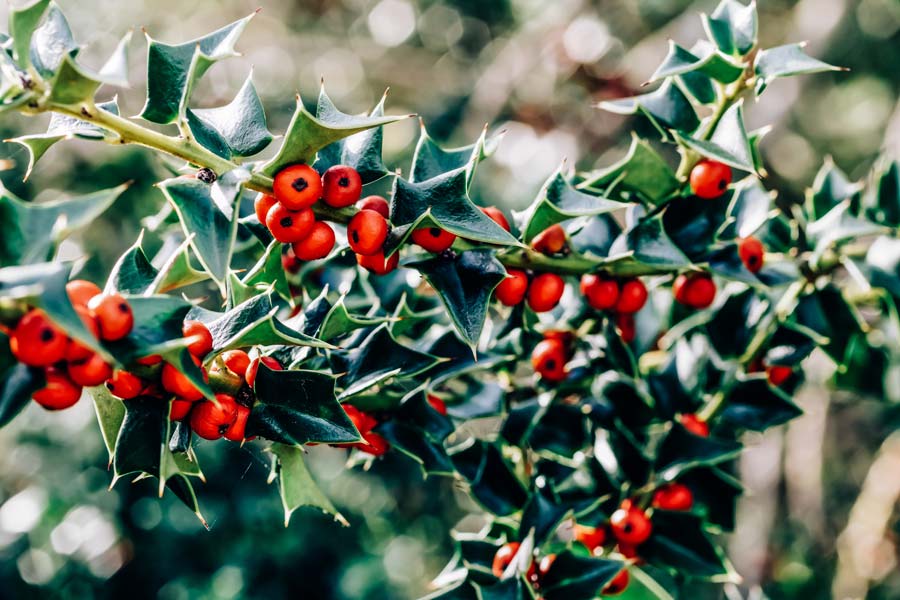 As a young child, I was mesmerized by the spiked green leaves, and brightly colored berries that donned our holiday table. But, did they ever hurt, when I tried to touch it. The pictures of the holiday holly branches on Christmas cards looked so shiny and bright green. They were never this faded, and certainly didn’t look sharp!

Holly bushes never grew on the prairies for our winters were far too harsh. So, it was with excitement when the package of holly came from an elderly aunt living on Vancouver Island. Apparently, it was a fundraiser for a local charity, and my aunt thought it would be a treat for us Winnipegger’s to see what real holly looked like. No one warned me at the tender age of 5 what real holly felt like when it had been drying out since the time it had been picked, had to cross over part of the ocean on a ferry, then go by rail across three provinces in the dead of winter. I may have asked Santa for bandages that year.

When I read the list of fundraisers over the years that our Health Auxiliary had undertaken; gala balls, strawberry socials, flannel and barn dances, Christmas corsage tag days, telephone bridge, packaging and shipping holly… What!!!  I had to chuckle and wonder if those holly branches that graced our Christmas table that year came from Chemainus.  Mind your table manners took on a whole new meaning that year.